You'll learn Mirage by mocking out the API for a Reminders app. The app is written in React, but you don't need to know React to follow along since you'll only be writing Mirage code.

There is no real API server running, so the app doesn't work to start. As you implement each API endpoint, you'll be restoring the functionality of the app.

Here's an example of the final result:

First let’s get your development environment ready. You'll need Node.js installed, and you'll be using your own text editor and terminal app.

Then open the project in your editor and start your app:

This should run a development server on port 3000.

Open http://localhost:3000 in your browser and you should see a page that looks like this: 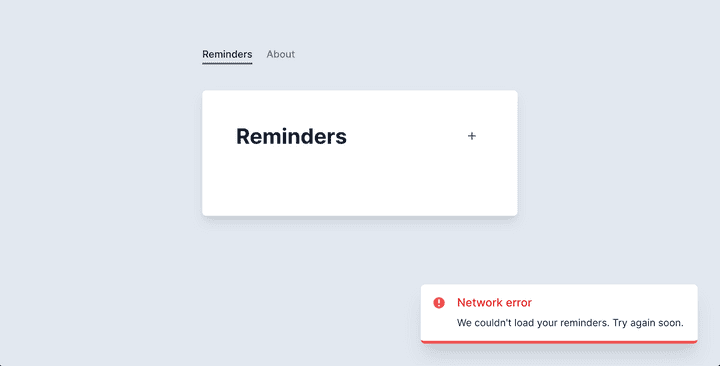 If you do, you're ready to start mocking!

Next
Part 1 – Static GET Handler